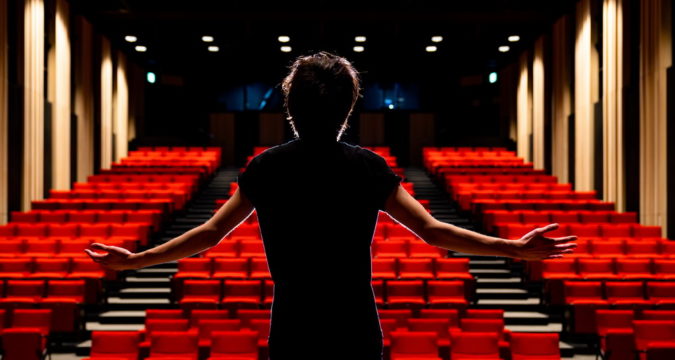 You are a struggling young actor trying to make your way in Los Angeles. You chase auditions for years while putting in the hours as a bartender or server. Then, out of the blue, you suddenly land what you think is a really big role. Have you finally made it? Not so fast, Speed Racer.

There are plenty of A-list actors whose name recognition and reputations never get beyond a single film. Take James Dean, for instance. He made plenty of films throughout his career, yet he never managed to escape Rebel Without a Cause.

Knowing you’ve made it as an actor has nothing to do with landing roles and making millions of dollars. No, it is all about T-shirts. Throw in coffee mugs, hats, movie posters, etc. if you like. You can find them all over the place. All that aside, let us talk specifically about the T-shirt thing.

If you are a Star Wars fan, you already know what the subheading of this section is all about. “I love you, I know” could very well be the two most famous lines ever uttered in a sci-fi film. They are spoken in The Empire Strikes Back, also known as Episode V in the Star Wars franchise.

Just before Han Solo is to be frozen in carbonite, Princess Leia confesses her love for him. She says, “I love you.” Rather than responding in kind, Solo simply says, “I know.” The scene has become one of the defining moments of the entire franchise despite only being a few seconds long.

What does this have to do with T-shirts? Go to Nerd Kung Fu or any other retailer that deals in Star Wars licensed product and you will find dozens of T-shirts that pay homage to that scene. It is so iconic that the slogan itself is now part of mainstream pop culture.

As an actor, you know you’ve made it when one of the scenes you shoot is recognized and understood by millions the world over. Forget Oscars, Emmys, and Tonys. What you are after as an actor are the T-shirts and coffee mugs. Statues will sit on your shelf at home; T-shirts will be worn by your adoring fans.

T-shirts themselves are symbols of pop-culture. They are a way for us to express whatever thoughts and ideas are important to us. They are a way to tell the world that you think “I love you, I know” is both funny and apropos. No million-dollar paycheck or gold statue compares.

One wonders if Carrie Fisher and Harrison Ford had any idea their simple love scene would become such a pop-culture phenomenon. We do know that it was Ford who lobbied for the script change that led to his iconic line. The original script was a bit more verbose, leading Ford to suggest the change prior to shooting the scene.

Changing just two lines of dialogue completely altered the entire dynamic. What would probably have been a sappy scene forgotten by most fans became one that pretty much epitomizes the entire Star Wars mindset. The scene we see on the screen encapsulates everything we need to know about Star Wars in two simple lines.

We must give credit where credit is due. It was Fisher and Ford who made the real magic. And because of it, “I love you, I know” is an established part of pop-culture and the stuff of T-shirts and coffee mugs. Thus, it’s official: Fisher and Ford made it as actors when The Empire Strikes Back was released.